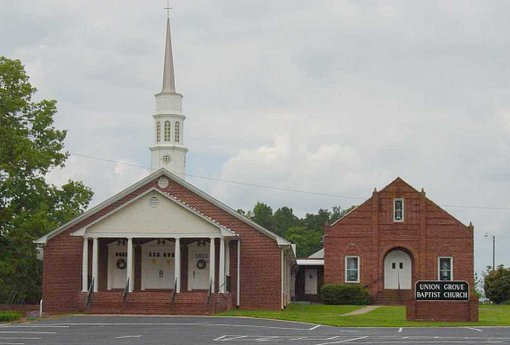 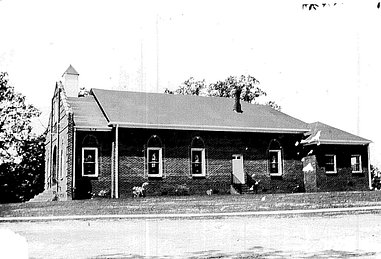 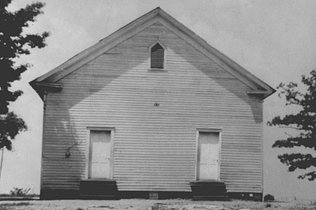 HISTORY OF OUR CHURCH

In September 1891, Salt Springs Baptist Church and Oak Grove Baptist Church with representatives from Beulah Baptist Church met and organized a Baptist Church combining Salt Springs and Oak Grove membership.  (The Salt Springs community is now known as Lithia Springs.) The location of the church was resolved one day when Jim Hayes with two or more other members were walking along Ben Hill Road in Douglas County, Georgia, with the thought of finding a location.  They felt a need to pray for guidance and sat down by the roadside.  After the prayer, they looked around them and decided that very place was the right location.  John James owned the land and freely donated eight acres with other substantial aid in the structure of a white frame building.  James' wife suggested the name Union Grove, which was given approval by the members.

During the time Brother H. A. Walker was the minister (1942-1965), the original church building was remodeled inside and bricked on the outside, with "the bricks being given by Brother Leroy Smith" according to the church records.  During Brother Woodrow Hart's ministry at Union Grove in the 1960's, the current Pastorium was built after the land had been purchased by Brother Walter Hyatt and donated to the church by him.  Even now the members of Union Grove Baptist appreciate the contributions so long ago of such generous members!

Today our congregation meets in a sanctuary with a capacity for 500 people, constructed in 1978 during the ministry of Rev. Luther Bartlett.  We are encouraged knowing the Lord has been worshiped here for so many years, and we seek His guidance as we offer the community opportunities to grow in their faith.